​While courts previously favored the mother when determining child custody, that is no longer the case. More and more often, courts are recognizing the important role fathers play in their children's upbringing. That means that fathers have more custody rights than ever before. Whether you're seeking to establish paternity or custody, the team at Notaro Epstein Family Law Group, P.C. can help.

Along with rights, being a father also imposes responsibilities. Children are entitled to support from both of their parents. Therefore, in the event that the parents are no longer together, child support may be on the table.

Contact us now to get started on your case! 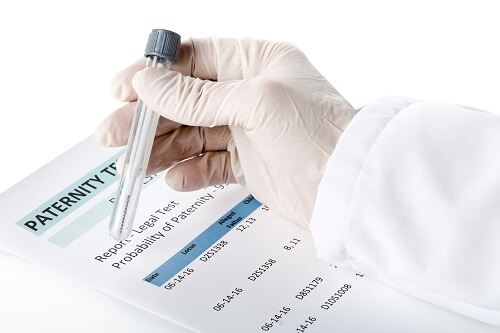 Paternity is just a fancy way of saying that someone is the legal father of a child. Being a legal parent is what gives you all of the rights and responsibilities that were discussed above, so paternity is extremely important. There are various ways in which paternity may be established under Pennsylvania law.

When a child is born to an "intact marriage," there is a presumption that the husband is the father of the child. This means that the husband (also referred to as the "presumptive father") is entitled to the same rights and responsibilities to the child as the mother is. But what if the presumptive father isn't the biological father? Pennsylvania's presumption of paternity can be difficult to overcome, but there are exceptions where the husband was biologically incapable of fathering the child and where the husband was not near the mother at the time of conception. If a presumption of paternity exists, no question as to paternity can be raised, and not even DNA testing can be introduced to rebut it. This means that a third-party (the real biological father) cannot attack paternity if the child was born to married parents and their marriage is still in-tact. However, if the marriage is no longer in-tact, a third-party who believes he is the biological father (as well as the presumptive father) may attack paternity.

Where either one of the parties will not sign an acknowledgment of paternity, the other party may seek to establish paternity involuntarily by initiating court proceedings. If the father will not sign, the mother can file a Petition to Determine Paternity or a Complaint for Child Support with the Family Court. In this case, the court may require the father to submit to a DNA test. If paternity is confirmed by the DNA test, the court can issue an order of paternity. Additionally, a support order may also be entered. If on the other hand the mother refuses to sign a paternity acknowledgment, the father can still sign and file it himself. However, without the mother's signature it will not give the father any rights to the child, except to be notified of any proceeding to terminate parental rights (for example, an adoption proceeding). If the father does want rights to the child, he should instead seek to establish paternity involuntarily by filing a Petition to Determine Paternity with the Family Court. If a DNA test confirms paternity, the court can issue an order of paternity and potentially an order for support.

For more information on this topic or any other divorce or family law topic, contact Notaro Epstein Family Law Group, P.C. at (412) 281-1988 for a free phone consultation with an attorney. You can also schedule online by clicking here.