"When do I get to see the Judge for custody?" by Susan A. Gordon, Esquire

Sometimes, I see why people confuse the reality of the court system with what they see on television. On some shows, within the span of one hour, you see someone is murdered; then, someone is investigated, arrested, tried and convicted of a crime. And there is still some free television time for the police detectives to engage is some flirtation with each other that never goes anywhere! The reality is justice is never quick and easy. On top of that fact, many family law court systems are designed to encourage the parties to settle their differences before they even get to see a judge. Thus, you may not see the judge for a long time.

For example, a lawyer in Pennsylvania initiates a case in Allegheny County by filing a custody complaint and serving it on the other party. Next, the parties are required to attend a short seminar put on by the Allegheny County Court. No lawyers are present during this seminar. So, I have only heard that the seminar covers topics such as encouraging parents to work together for the sake of the children, how to keep the children out of the custody process and the next steps in the process. The next step in an Allegheny County case is for the parties to attend a mediation session. Again, your attorney is not going to be present during the mediation session. Instead, the parties sit down with a mediator to try and work out a parenting plan. If there is no agreement, you still do not automatically get to see the judge in Allegheny County. However, you may request something called the Generations Custody Conciliation. 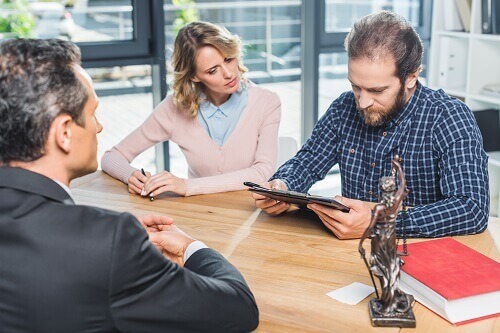 A custody conciliation conference if a mediation session that happens before going to trial. This conference is important because it is where your custody agreement will begin to take shape. So it’s of the utmost importance that you don’t walk into this conference unprepared.

For primary or shared physical custody cases, a conciliator may order custody evaluations or send the matter for a judicial conciliation. A custody evaluation may take approximately two to three months to complete. Afterwards, the party may request a judicial conciliation. Your lawyer will meet with the judge assigned to your case to discuss the evaluation and whether a settlement is possible. A judge may decide then to schedule the matter for a hearing, if no settlement is possible, or a second conciliation, if the judge sees the potential for movement towards a settlement. If your case was referred directly for a judicial conciliation, the judge will decide if evaluations are still needed and/or schedule the matter for a hearing. In Allegheny County, a parent will only get a chance to see the judge in the Courtroom at the hearing. Of course, judges are available to address emergency situations and proper requests for interim custodial relief. However, a judge may only "band-aid" an issue so that the parties do not usurp this established process in Allegheny County.

As you can tell, the Allegheny County Court System affords the parties every chance and opportunity to work out a settlement in a custody case. Other counties have slightly different procedures, and names of programs but the same policies of first helping the parties resolve their difference before a case is taken to a hearing. Now, some parties in a custody case filed in Allegheny County choose to represent themselves while others may retain an Allegheny County lawyer or another lawyer from a neighboring county. In my opinion, no matter where your case is filed, the role of your lawyer from Day One will be to plan on advocating your position at a hearing while working closely with you, opposing counsel and the other party to bridge the differences, one step at a time, to settle your custody case.

Contact us now to learn more about the child custody process.

Susan A. Gordon, Esquire is an experienced Pennsylvania attorney who practices in Allegheny County and surrounding areas. For a free phone consultation, contact (412)281-1988 to set up an appointment to speak with an attorney.